Night 3 is the third night of Five Nights at Treasure Island. During this night it is cut short to 3AM, which the player will be sent to Pirate Caverns, which that is where the Player will have to survive against The Face and Undying. Acephalous and Suicide Mouse will be active on this night.

The original game's creator, Matthew, confirmed that Night 3 is cut short at 3.A.M., and the player will then be taken to Pirate Caverns.

*Quacks and Interferences* You took it... *Old Style Music* We want it back...(Loud) back...(Echo) *Quacks and Inferences*. 'Hello? Can you hear me? Hello? Oh thank goodness this got through. Listen, please. My name is Henry, and I know what's going on. Uh, I can't tell you over the phone. They might be listening. Please, just, if you can hear this, please, meet me in Pirate Caverns tomorrow and tell no one. I promise, I'll tell you everything-

- God and Henry (In the original version)

Photo-Negative Mickey, Oswald, Disembodied, The Face. Suicide Mouse, Pluto and Acephalous will be active from that point on.

In the remastered version of Five Nights at Treasure Island, the only active suits that activate on the 3rd Night are :

Photo-Negative Mickey, Oswald, Disembodied, The Face. Suicide Mouse and Acephalous will be active from that point on.

After beating Night 3 you'll get a cutscene.

The End Of Disney

Tonight is mainly the same , save for a grey-scale Mickey Mouse costume becoming active alongside Ortensia who's being active along with him , Oswald's girlfriend from the 'Oswald The Lucky Rabbit' cartoons. And there's a Goofy suit becoming active in the Bathroom. And there's a poster toon called Cactus Kid is becoming active in this night, so you have to react fast by watching the Office. But you're going to be doing something big after 6 A.M. , Go to the Pirate Caverns , it's down the Meat Freezer , In there , you may find something that will help you. I heard theories that a third floor is there and there's something roaming around there , which is strange. Go see if that's true after 6.A.M. Also , you need to watch the Office for this Cactus Kid Mickey Suit activating , starting in the Poster , he will get hostile whenever you flip the monitor a few times , so that means that he will try to get out of the poster , if you see him , hide under the desk to send him back to his poster , but shocking him will maybe have 50/50 chance of luring him out but it will not always work , anyways , good luck and go to the Pirate Caverns after 6.A.M. Greg

This Night Is Mainly The Same As Last Night. Tonight , there will be a very dusty and a black and white or gray-scale Mickey Mouse suit that is very happy and he has skull-like teeth that will become active , starting in the second backstage. And their will be an abandoned Daisy Duck getting active. She will speed up the other-abandoned suits if she appears in the Office. So get rid of her is she appears in the Office with the monitor sound. Some other suits might be active alongside most of the suits. Well Anyway... Try to fend the suits off with the sound if they're in the office and... yeah! Also , I said this once , now I will say this again , you need to watch the Office for this abandoned Cactus Kid Mickey Mouse poster toon Suit activating , starting in the Poster , he will get hostile whenever you flip the monitor a few times , so that means that he will try to get out of the poster , if you see him , hide under the desk to send him back to his poster , but shocking him will maybe have 50/50 chance of luring him out but it will not always work , but you're gonna be doing something big after 3.A.M., you're gonna be going to the "Disney Theater Pirate Caverns", I heard that there's other suits in there roaming around, and there's a few floors, anyways , that's all. Try Not To Die! Okay? Puphead / Cuppet

If Happy Mouse activates. A distorted , sinister and a low version of Suicidemouse.avi on piano-like music will play along in an unknown position.

In Night 3 , Abandoned Cactus Kid will attempt to start inside the poster , but if you flip the monitor a few or many times , then Abandoned Cactus Kid will become hostile just like in the old version. First , if the monitor gets pulled up , Classic Mickey Mouse in the Abandoned Poster will become odd. It will look at you. The second time if the player touches the monitor , the classic mickey in the poster will pull out his hand. Third time , his head will pop out. Fourth time , his left arm , Fifth time , a little bit of his legs , then he's fully out. The player must hide under the desk instead of pulling up the monitor just like getting rid of the suits with the monitor. Hiding under the desk with get rid of him just like the other suits. (not all of the suits , the suits that resists going away from the camera) If the player pulls up the camera again or resists to hide under the desk will make him kill the player just like the other abandoned suits and result a game over.

If Happy Mouse activates on Night 3 , then Happy Mouse's distorted , sinister and a low version of Suicidemouse.avi on piano-like music will cut off the player's phone-call, and will play throughout the night.

The abandoned-suits can rarely be in the Disney Theater Pirate Caverns, meaning that it will be very hard for the player.

When the player enters the Disney Theater Pirate Caverns, the game style changes to a point-and-click type of adventure game where the player clicks to go to other areas in the cavern. The player can enable a flashlight by pressing the space bar. The Face will also be a threat in this area.

The player will start at the Elevator after Night 3 , then the player can interact by clicking to the next locations :

Second Areas To The Second Floor Of The Pirate Caverns

If you spot any enemies that appear on your path , get away form them as possible to avoid from getting killed to survive , but if Failing or Neglecting to get away form an enemy , the enemy will kill the player by jump-scaring the player and then that jump-scare will result in a game over. Many hours to 6.A.M. might take too long for the second half of Night 3 because the first half of Night 3 takes too long because the third night ends at 3.A.M. After awhile , If you wander around before 6 A.M. , the second half of Night 3 will end off with the 6.A.M. cut-scene. 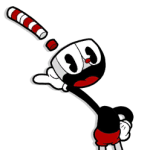 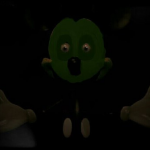 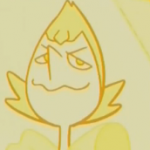 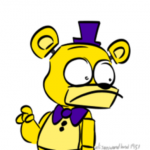